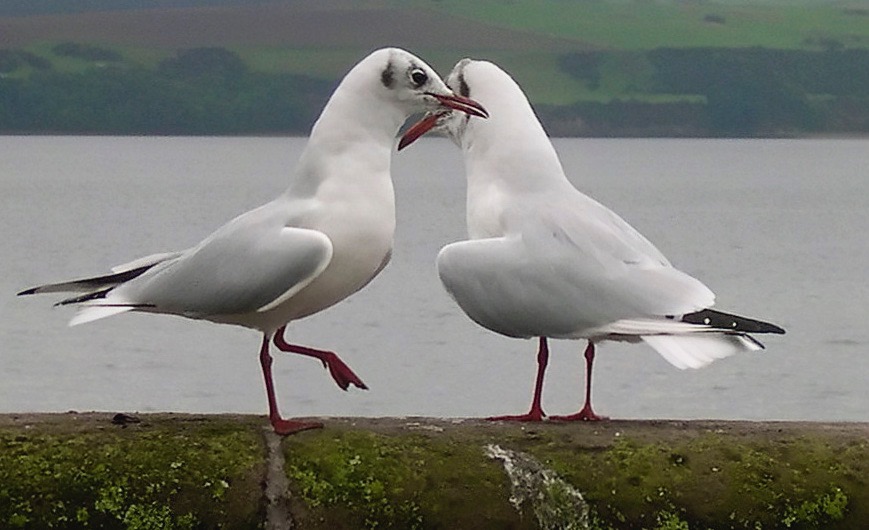 There are a number of ways of dividing up the spectrum of personality types; the Big Five model is the most popular, but there are others. Some people are born lucky: they’re optimists. How I envy them! Their glass is half full rather than half empty – when I look at my glass, I’ve just had a sip and it is already a third empty.
Although optimism-pessimism is an important personality construct in its own right, it’s unsurprising that optimism correlates with other aspects of personality. I consult my favourite book on individual differences, Maltby et al.’s (2013) text Personality, Individual Differences and Intelligence, to confirm what we might have expected: that in terms of the “Big Five” personality factors, optimism is significantly positively correlated with extraversion, agreeableness, and conscientiousness, and negatively correlated with neuroticism (see in particular Sharp et al., 2011). I’m surprised there isn’t a negative correlation with openness; how can you be open to new experiences if you expect everything to turn out badly? Better the devil you know.
Needless to say optimism is correlated with good health and well-being. Optimistic people enjoy better physical and mental health, and they age better too. It didn’t take long to find a study suggesting that optimistic people might be less prone to Alzheimer’s disease later in life. They are a number of reasons for these findings: optimism seems to have a positive effect on the immune system, provides people with better coping strategies, enabling them to deal better with stress, leads to more positive health and life habits, and to an absence of negative mood (which we also know is bad for health). One has of course to be careful about inferring causality from a correlation (of course you’re likely to be more optimistic if you’re not suffering from chronic ill health, or more pessimistic if you’re under great stress), but the evidence suggests that optimism does indeed play a role in driving well being.
Pessimism can have a serious and negative impact on our lives (beyond simply our being more likely to die tomorrow). As academics carrying out research we are obliged to submit grant applications to get funding for our research and to write papers reporting that research when we’ve done it. There’s a great deal of rejection in academic life (some of it nastier than most people imagine), and if you’re pessimistic about your chances of success you’re going to be less likely to submit something in the first place. So your career suffers.

As you might expect, in general I am not usually an optimistic person, although I am trying to be more so. Here is an example of one recent chain of thought. As frequent readers of my blog will know, I’m now no longer working for The Man and am self-employed as a writer, consultant, and journalist: a professor with a licence to roam on whatever he is interested in. What good be better? (Except being paid more for it; all decent offers of paid work considered!) But it so happens that Monday 15th is my birthday. I’m 58. (Yes, I know you thought I was much, much younger.) To me that sounds unbelievably ancient, even though in my head I’m still only 19. 58 is uncomfortably close to 60, which is getting on for 70. Women in the UK until recently used to have to retire at 60, and men at 65. When I was growing up the life expectancy of a man was around 69. ****! I’m nearly that age! And after 70 it’s not too long until 80, which sounds really, really old to me now, and I think most people who are alive 80 have some kind of infirmity. I already have a touch of arthritis in my left little finger. And many people don’t make 80. And at 80 the life expectancy for a man is just over another 8 years. If I make 80, a big IF, I’m likely to die in September 2046. That’s not far away at all; I’m as good as dead. And we’re supposed to celebrate birthdays?
This line of reasoning isn’t just pessimism, it’s a mode of thought, called catastrophic thinking, which characterises depression. Minor difficulties or obstacles are turned into insurmountable hurdles. I’d heard of it before of course, but it was only recently that my therapist pointed out how often I think catastrophically. I am currently single; therefore I am destined to die alone. I will never find love again. I will never even touch anyone again. I’m too old to change, and too old to find a new partner. After all, I’m getting on for a 100. Except I’ll be dead before then.
Another example, one which happened while I was writing this blog: I spent ages (well, a few minutes) cleaning the cooker hob, and I’ve just dropped a piece of mushroom on it. All that time and effort was completely wasted, I thought. What is the point of ever cleaning anything? Let it rot.
Catastrophic thinking is one of the most insidious and pervasive yet least well-known features of severe depression. And one of the most annoying.
I seriously worry sometimes about the death of the universe. Everything is pointless. I don’t worry too much (it’s a Lesser Worry rather than one of my many Great Worries) but I admit it’s odd that I worry about it at all. I ask other people and most of them don’t give a damn about the End of the World let alone the End of the Universe. If you don’t worry about the end of the Universe and your place in the great scheme of things, I recommend you don’t try the Total Perspective Vortex, a creation in Douglas Adams’ Hitchhiker’s Guide to the Galaxy trilogy of five. It shows you that you are a microscopic dot on a microscopic dot, with an arrowing indicating YOU ARE HERE. Such realisation drives (almost) everyone mad.
I don’t know why I’m bothering to write this; I doubt if anyone will read it.

I am Emeritus Professor of Psychology at the University of Dundee, Scotland. I am the author of several books, including the best selling texts "The psychology of language" (now in its fourth edition) and "Talking the talk: Language, psychology and science". I am currently also writing books on the science of consciousness and on the philosophy of science as applied to psychology (the latter with Richard Wilton), with both due to be published in 2017. Several other books are in the pipeline. My research interests are varied and I have published widely in some of the leading peer-reviewed psychology journals. My interests include language production, how we represent meaning, computer models of the mind, sleep and dreams, consciousness, mental illness, personality and motivation, the effects of brain damage on behaviour, and how the weather influences behaviour. I believe passionately that scientists, particularly those paid from the public purse, have a duty to explain what they do to that public. I also believe that we can reach a wide audience by the use of social media and new ways of explaining what we do. In my spare time I use stand-up comedy to talk about my research; a few years ago I appeared at the Edinburgh Fringe. One of the strangest things about being a comic is that I am often severely depressed (as well as anxious and obsessive). I have been on many types of medication, with varying degrees of success. When depressed I am always struck by how pointless everything seems: nothing seems worthwhile, and those things that I usually enjoy (playing the piano - even if not very well, looking at the natural world, reading, watching movies) no longer entice. My interest in things is a very accurate barometer of how well I am. I have realised that some mental illnesses, particularly severe mood disorders, are in part a loss of purpose and meaning in life. Becoming well involves recovering this purpose. I am also very keen to help remove the stigma that still surrounds mental illness. All of my life I have been puzzled by the question of what is the best way to spend my time. This blog is my search for answer to that question. In it I talk about my life, psychology, mental illness, purpose, living a better life, time management, existential despair, death (making me a death blogger I suppose), being creative, writing, and trying to write when depressed. I try and blog once a week or so; long silences usually mean I'm too depressed to write. For more information about me, see the home page of my website at www.trevorharley.com. I welcome comments on my blog, or if you prefer you can email me at trevor.harley@mac.com. You can follow me on Twitter at @trevharley. View all posts by trevorharley

5 thoughts on “Oh to be an optimist”